“We all need love !” – Usum, Erythrean refugee and nightclub owner in the Jungle refugee camp.

“My name is Sali, I’m from Teheran, Iran. I left my country because I had no freedom there. The Islamic regime has a special police force spying on everything we do. I’ll never go back to my country, now that I have left, I’m on the black list.” 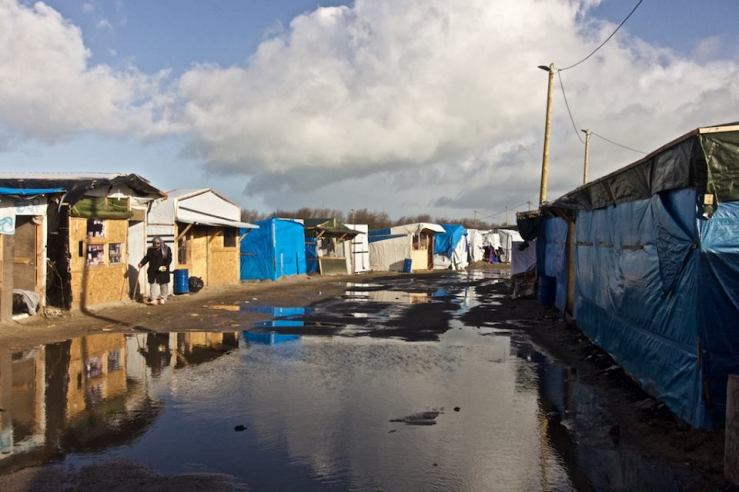 “My name is Ali, I come from Kobanê, in Syria’s Kurdistan. I was a student in English literature but I wasn’t able to carry on because of the war. I hope that I will be able to study in the UK. I left Kobanê when the terrostists of Daesh came and invaded us. It was very hard to leave, I don’t know how to explain this but I love my city, it’s my soil, my people. We have had enough of Daech, enough of the war, we want all this to stop. I love my city and I’d like you to write its name on my house.”

“My name is Kaiji. I’m both from Ethiopia and Erytrea. I couldn’t stay in Ethiopia after my father died, and I couldn’t stay in Eritrea either because of my religion. I’m a Pentecostal (protestant), and since I’m not Orthodox or Muslim, I was in serious danger. I left home with my wife and went across the Sahara desert in the back of a truck with 75 other refugees during 2 weeks. We couldn’t move and the driver only gave us a small piece of chocolate a tiny bit of water each day. At the border between Sudan and Libya, the Libyans took all our money, jewelry and sometimes even our clothes. Many women were raped. When we got to Tripoli we were locked inside a sort of prison with 150 other people. It was hell, it stank, there were no windows and we were there for 5 weeks. I managed to call my family and they sent some money over to free my wife and I. Then we took a small boat that took us to Lampedusa, a small Italian island. From there we were sent to continental Italy, and the authorities put us in a camp in Bari. There was no work there and nothing to do. We escaped and took several trains all the way up to Northern France. We hid in the toilets to avoid the controllers.

A week ago my wife managed to get to England. I helped her climb on the top of a freight train; she stood on my shoulders and managed to climb up. Unfortunately there was no one to help me climb so I told her I would meet her there. She called me when she got to the other side of the tunnel. She’s now in London waiting for me, and people are taking care of her. I need to go and join her, she’s 4 months pregnant and I really want to be there for the birth of my first child.

You want me to choose just one word? Hmmmm… “FAITH”.”

We’re spending a week in the “Jungle” refugee camp in Northern France where 5000 migrants mostly from the Middle East and East Africa are attempting to cross the English Channel and settle in the UK. As usual, we asked them which words they would like to share.

“My dream is to go to the UK, start a new life and have a family…” – Nugusu, from Addis Ababa, Ethiopia. 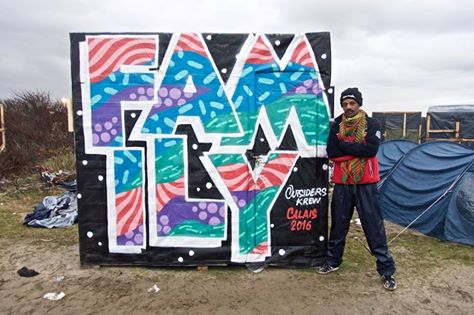