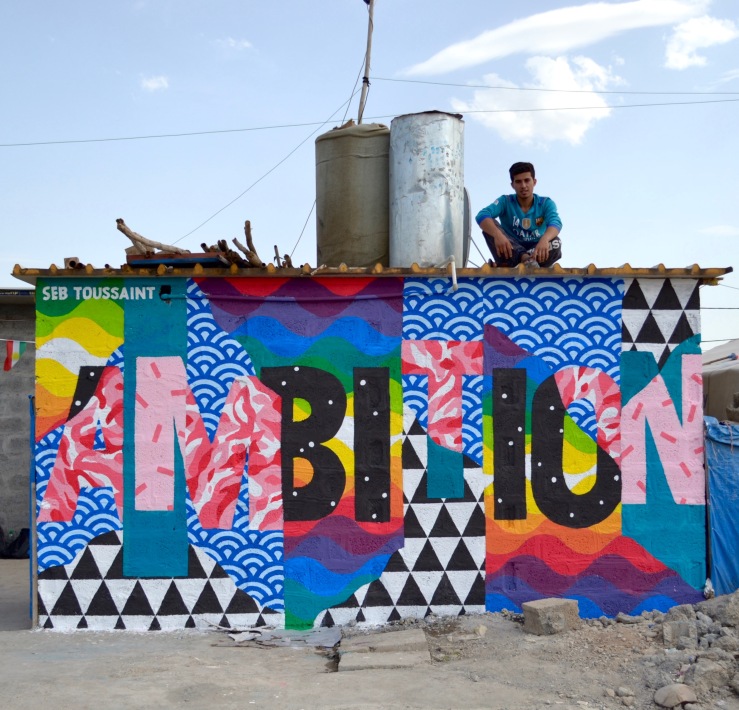 Diyar, originally from Qamishli (Syria), wanted me to paint the word “Ambition” on his house. He told me that his ambition was to study chemistry. At the moment he’s finishing his schooling here in the refugee camp, but next year he will have to go to university in Erbil or abroad. He’s hoping to move to Newcastle (UK), where his aunt lives, but it’ll be several months before he is given the green light. Wherever he’ll be next year, Diyar will remain ambitious and will keep moving forwards.