For my show in Abidjan, I made collages from patterns I painted myself with acrylics and I added stuff containting words I’ve been finding on the streets such as advertising pasted in lamp posts or pieces of newspaper. On the left, I used one of the classics, an A4 advert for penis enlargement which can be found all over the city. On the right I used a piece of l’Elephant Déchaîné, a satirical newspaper that is known for talking about fraud, corruption and political scandals, playing a real role in the Ivory Coast’s young democracy. 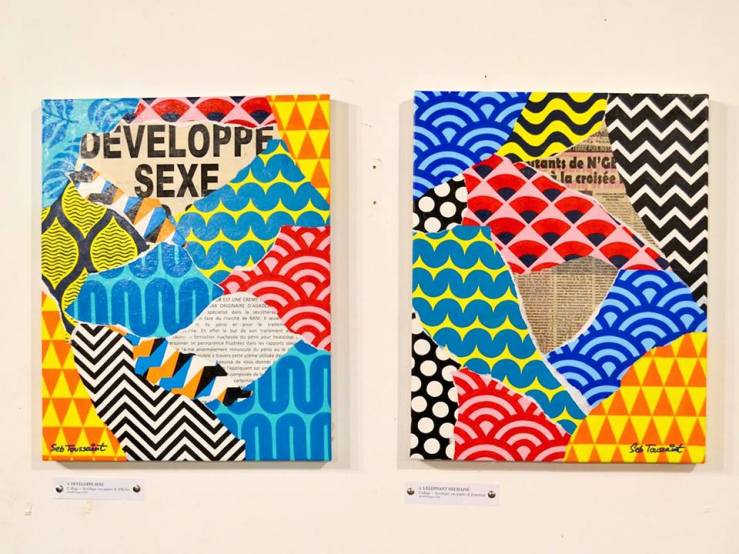